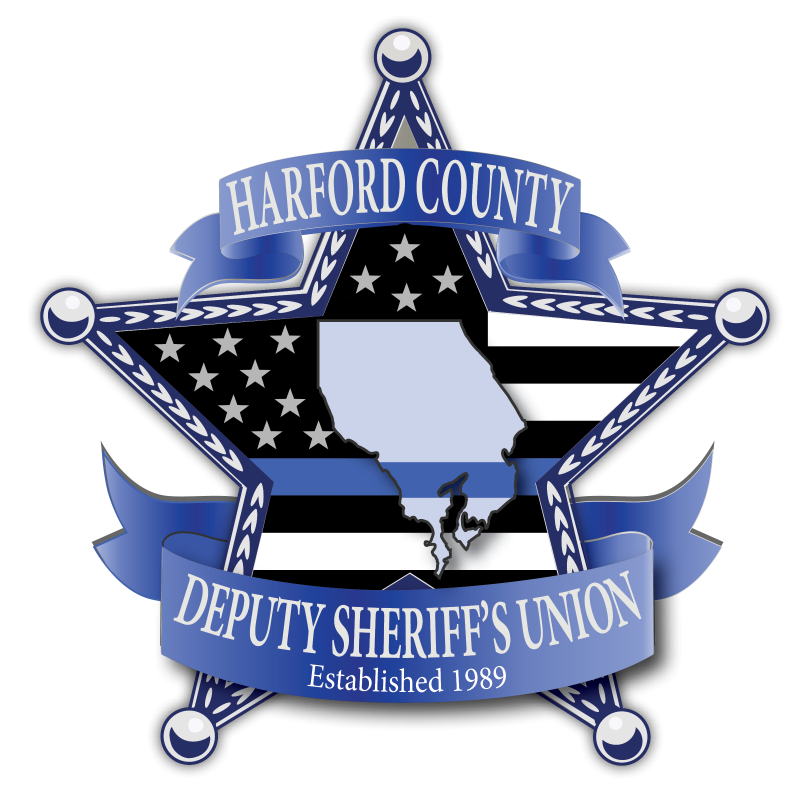 The Harford County Deputy Sheriff’s Union Local 838 was established and chartered on January 5, 1989, when 18 deputies met in the home of Christopher Reichardt. The first officers of the union were, President Christopher Reichardt, Vice President John Miner, Secretary Joe Mina and Treasure Steve Rathgeber. By March 1989 the union had grown to 55 members.

The early years of the union were difficult. Then Sheriff Mele and County Executive Freeman refused to meet with the union officers or even acknowledge that the union was formed. The years 1989 and 1990 were used to build the union’s political base for the upcoming county wide elections in 1990. In the fall of 1990 President Reichardt stepped down as union president and John Miner became president.

The county elections in 1990 saw Sheriff Mele defeated by Robert Comes and Eileen Rehrmann became County Executive. Both Sheriff Comes and County Executive Rehrmann recognized the union and its officers and started to “meet and confer” with the union’s elected officers. The first order of business in the early 1990s was to bring the starting pay for a deputy sheriff up to a living wage. After a study was completed a pay plan was proposed and accepted. This was the start of many pay and reclassification plans that the union would support over the years.

In 1994 the union supported the creation of a county wide police department. This was defeated by the voters of Harford County by just over 3,000 votes.

In 1994 Sheriff Comes was defeated by Joseph Meadows. The union’s Executive Board and Sheriff Meadows worked to create a 25 year retirement plan. After years of lobbying the county government the 25 year retirement for deputy sheriffs became law in 1997.

During the early part of 2000 and 2001 the union supported wage studies to improve the lives of its members. When union members were called to active duty after 911, the union’s executive board went to the county government and requested that the county government supplement the pay of sheriff’s deputies that were called to active duty in the service of their country. The union’s Executive Board also requested that law enforcement members receive service time towards their retirement while they are away. County Executive James Harkins agreed and signed an order allowing the program to begin. The program is still in place to this day!

Today the Harford County Deputy Sheriff’s Union 1989, Inc has multiplied from a group of 18 to a force of over 300 members. The union continues to work to improve living and working conditions of its members. It is a well developed organization which maintains the integrity of the Harford County Sheriff’s Office while providing its members with multifaceted benefits to enhance quality of one’s professional and personal endeavors. Read more about our current Union Officials here.